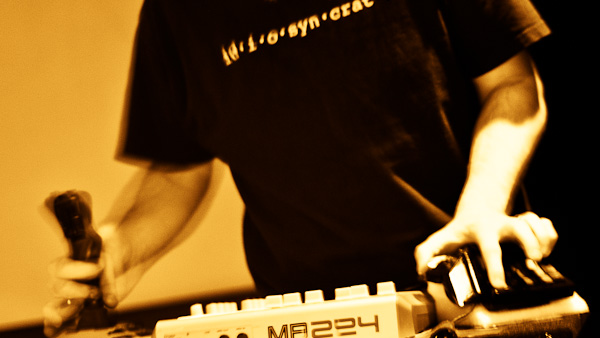 The Modality Toolkit simplifies creation of highly personalised electronic instruments in SuperCollider by introducing a common code interface. This allows for uniform access to HID, MIDI, OSC and GUI-based conrollers, as well as switching of functionality, even at runtime.

How does it work?

Assign an action to the first knob:

Have a different controller? Just look if your device is one of the 84 supported ones.

The name Modality arose from the idea of supporting the creation of modal interfaces, i.e. to create interfaces where a physical controller can be used for different purposes in different contexts.

It is our belief that integration of such on-the-fly remapping features helps to create flexible and powerful instruments allowing for faster changes and a more musical way to control synthesis and processing tasks. In the end we aim for digital instruments that are more fun to play.

The Modality Toolkit is designed and developed by the ModalityTeam, a group of people harbouring both users and developers of SuperCollider.

How was it made?

Meetings and development workshops has been held in Bergen, Amsterdam, London and Copenhagen between 2010 and 2015. The main supporters have been: BEK - Bergen Centre of Electronic Arts, STEIM - Studio for Electro-instrumental Music, Amsterdam, 3DMIN, Berlin and AAU, Copenhagen.